Next Steps to a brighter future: Jinty’s story out of criminal justice

“I’m looking forward to the next step in my future, whatever that may be. I know it will be a lot better than my past”.

Jeannette ‘Jinty’ Dobson was introduced to Venture Trust through involvement in the criminal justice system. She describes her life at that point as rock bottom – a survivor of domestic abuse and sexual violence, Jinty experienced suicidal thoughts and turned to substances to help her cope with everyday life.

Standing in a police station, Jinty finally recognised how the choices she was making were having a negative impact on her life and the lives of those around her. This was not the first time Jinty was in this situation, but she was determined to make it the last. Ready for help to get out of this harmful cycle, she asked her supporter worker to sign her up for Venture Trust’s Next Steps course.

“My Venture Trust experience was phenomenal and life changing. I could go on about it all day. When meeting other women on Next Steps I didn’t realise how many people were going through the stuff I was going through. Different scenarios but the same kind of stories. I liked that because nobody was different to anyone else, and nobody treated each other differently.”

Next Steps provides support to women whose backgrounds have led to their involvement in the criminal justice system and other difficult circumstances such as homelessness, domestic abuse, problem substance use and mental health issues. Women on the Next Steps programme attend a 5-day wilderness journey in the Scottish Highlands to experience the full benefits of time outdoors. Sustained and person-centred support, in an individual’s community, is wrapped around the outdoor learning. The combination of one-to-one support and time in nature for these women creates a safe space for them to share, reflect and make changes towards a happier life.

Jinty describes herself as being a “raver” and loved to take “party drugs”. As she grew older and faced troubling experiences, Jinty’s life began to spiral out of control. She found herself “binge drinking” and drugs began to invade and take over her life.

When I think about the way I used to be, wanting to go fighting all the time and getting up to no good. There was so much toxicity in my life which was having a knock-on effect. When I was selling, I thought I could be sly and play the system, but it turned out I was just playing myself.” 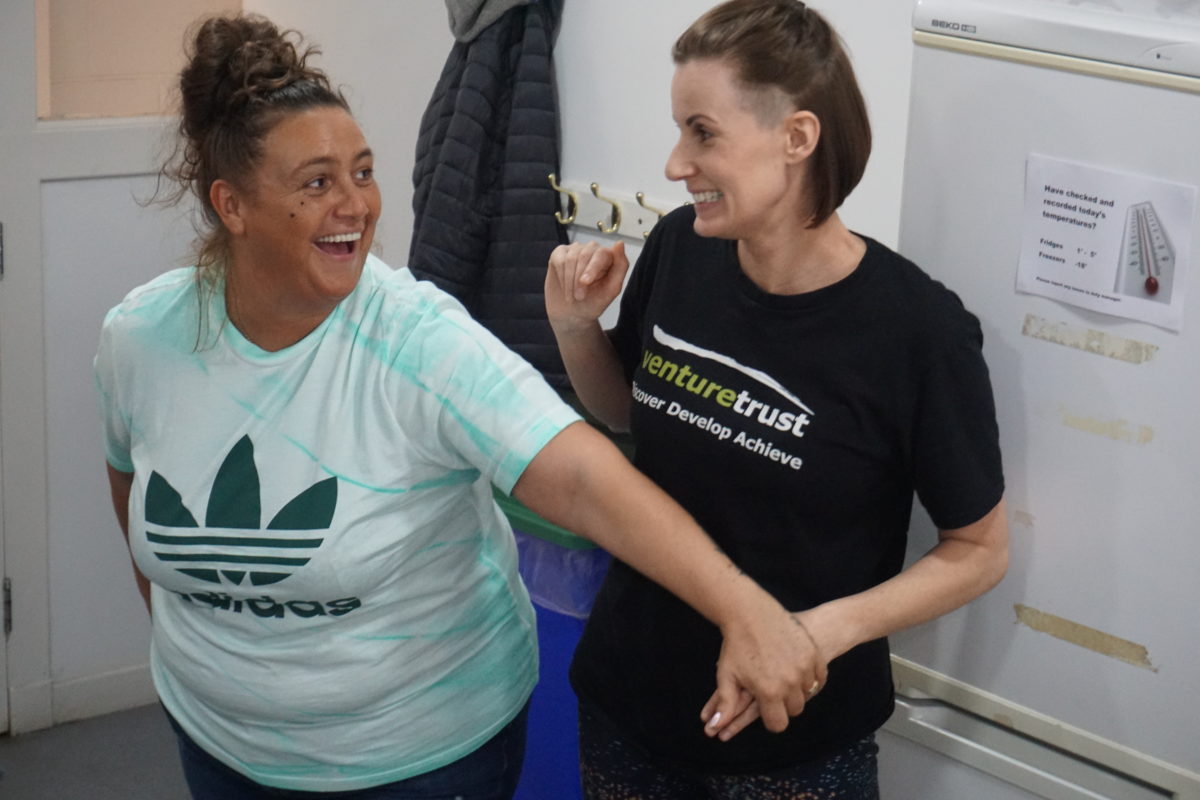 When Jinty was charged for a second time she faced the real threat of ending up in prison. However, she was sentenced to a community justice provision and offered one further chance to repay her debt to society while also engaging in the support she needed to move on from her past experiences and start a new life for herself.

High quality outdoor learning experiences allow people expand comfort zones and experience challenges in a natural environment setting, fostering prolonged confidence and resilience. As part of our Next Steps course, women have an open space reflect on their environment back home and share their experiences with the group. The course supports women to identify areas causing harm in their lives as well as identify steps to make positive change. Jinty says she appreciated the time in nature to focus on herself, away from any distractions and external influences. Many outdoor activities were out of her comfort zone, but she gave it her all.

“I’m not one for walking or abseiling or anything like that. But abseiling was such an amazing day. It was phenomenal. I was worried about my size and if I would get stuck but going down was the best feeling.”

Jinty felt ready to change her life, and Venture Trust was there to give her the tools she needed to make that happen. Diagnosed with dyslexia, Jinty had difficulty taking in written information and verbalising herself which went unnoticed growing up, adding a further barrier to finding long-term employment. 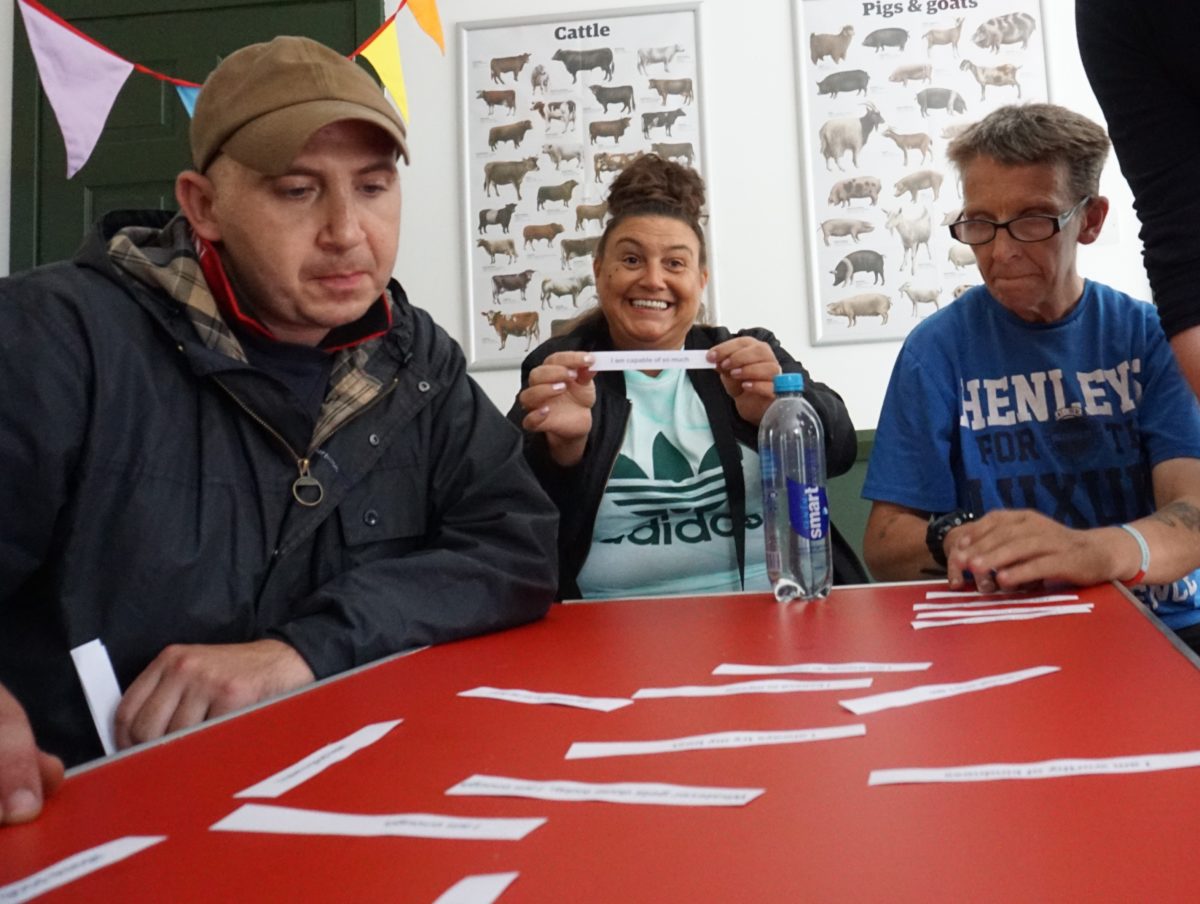 “It was so rewarding to go on a course like that. It opens your eyes up to where you are and where you’re going. I had nothing to focus on before. I didn’t know what I was living for. I had no academics or job prospects. I never thought I was going to work.”

If you have a question about Next Steps or want to find out more about being referred to the programme please contact us at info@venturetrust.org.uk or call 0131 228 7700. 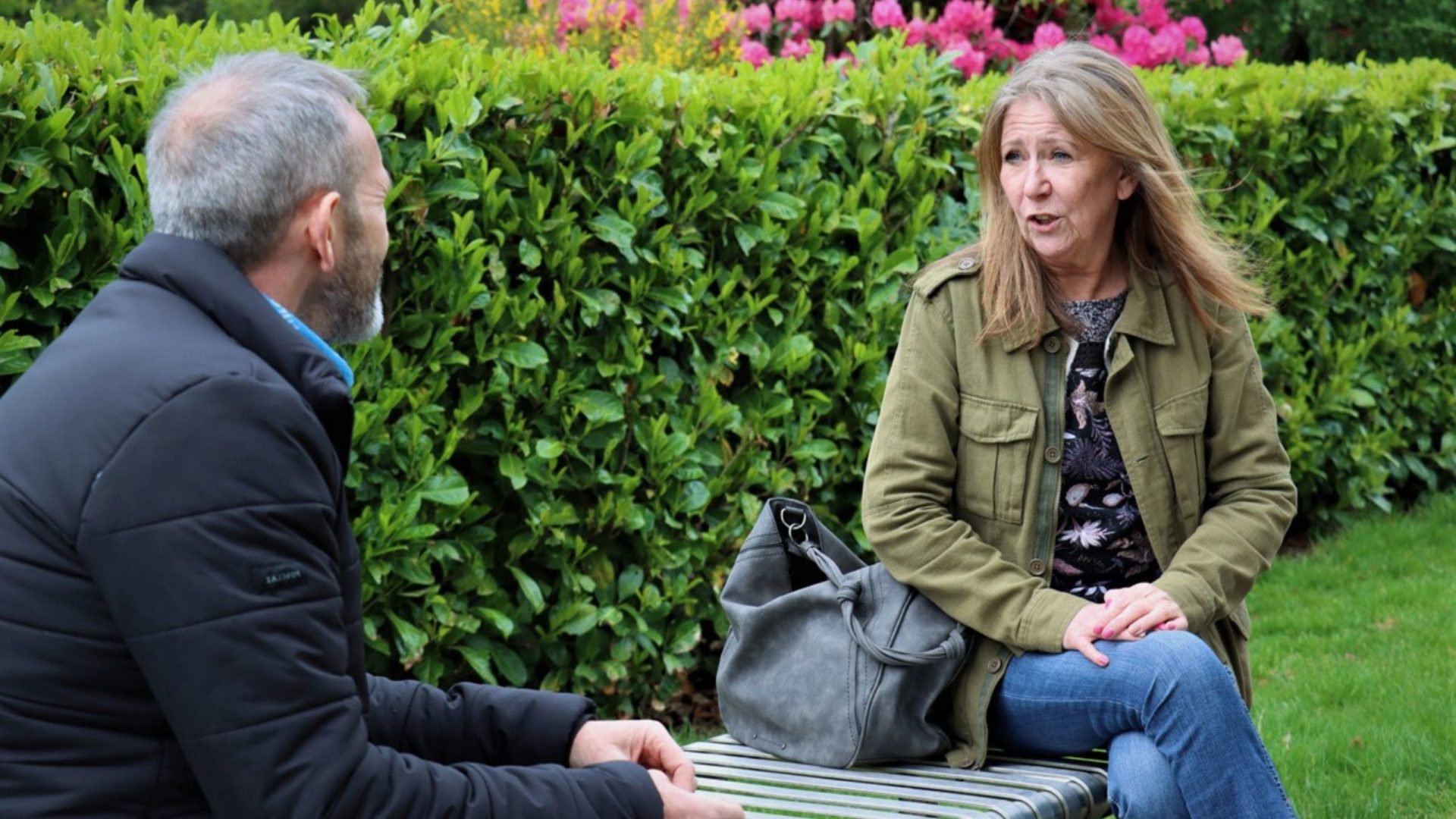 A Time for Sharing: Taking a whole-person approach to information 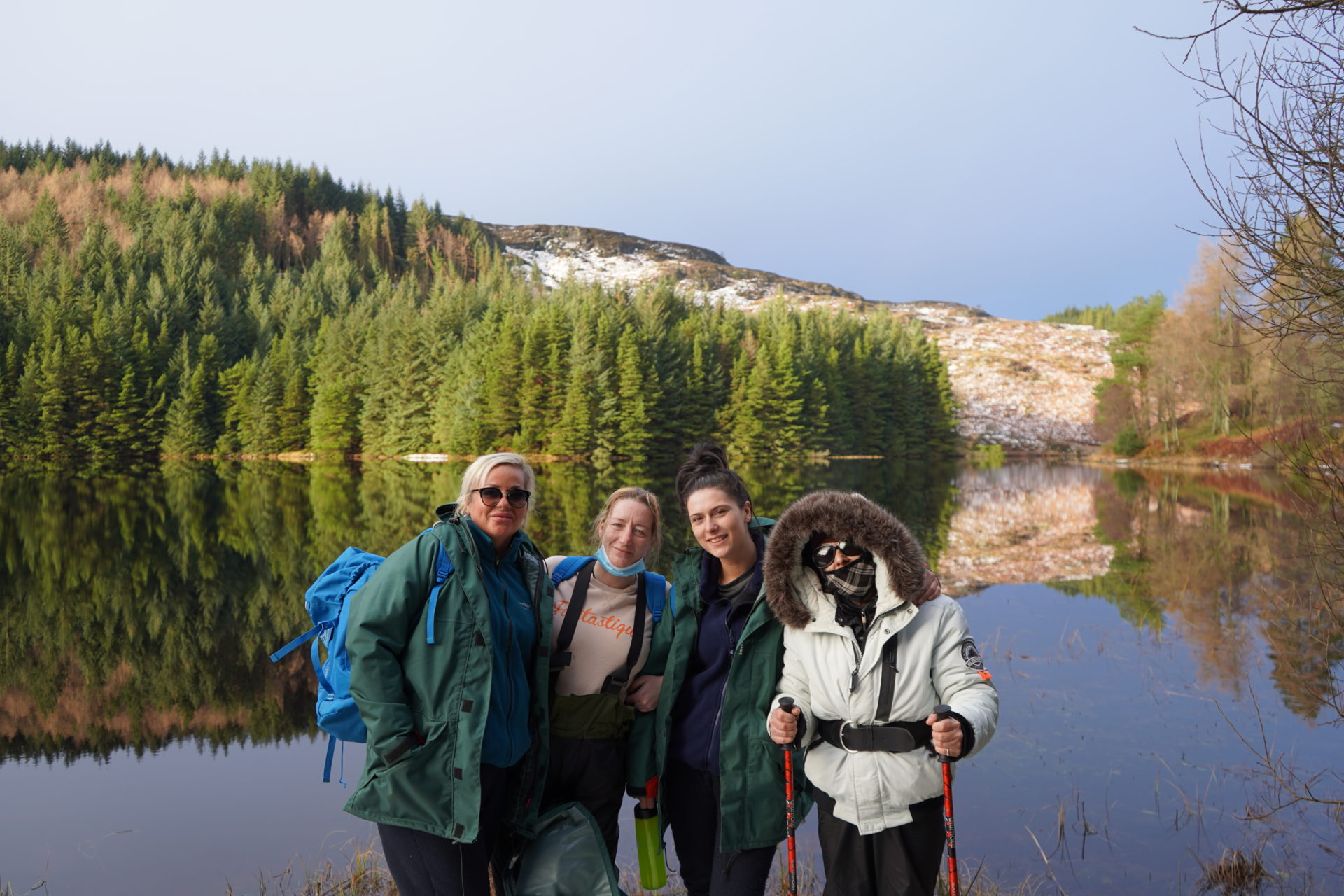 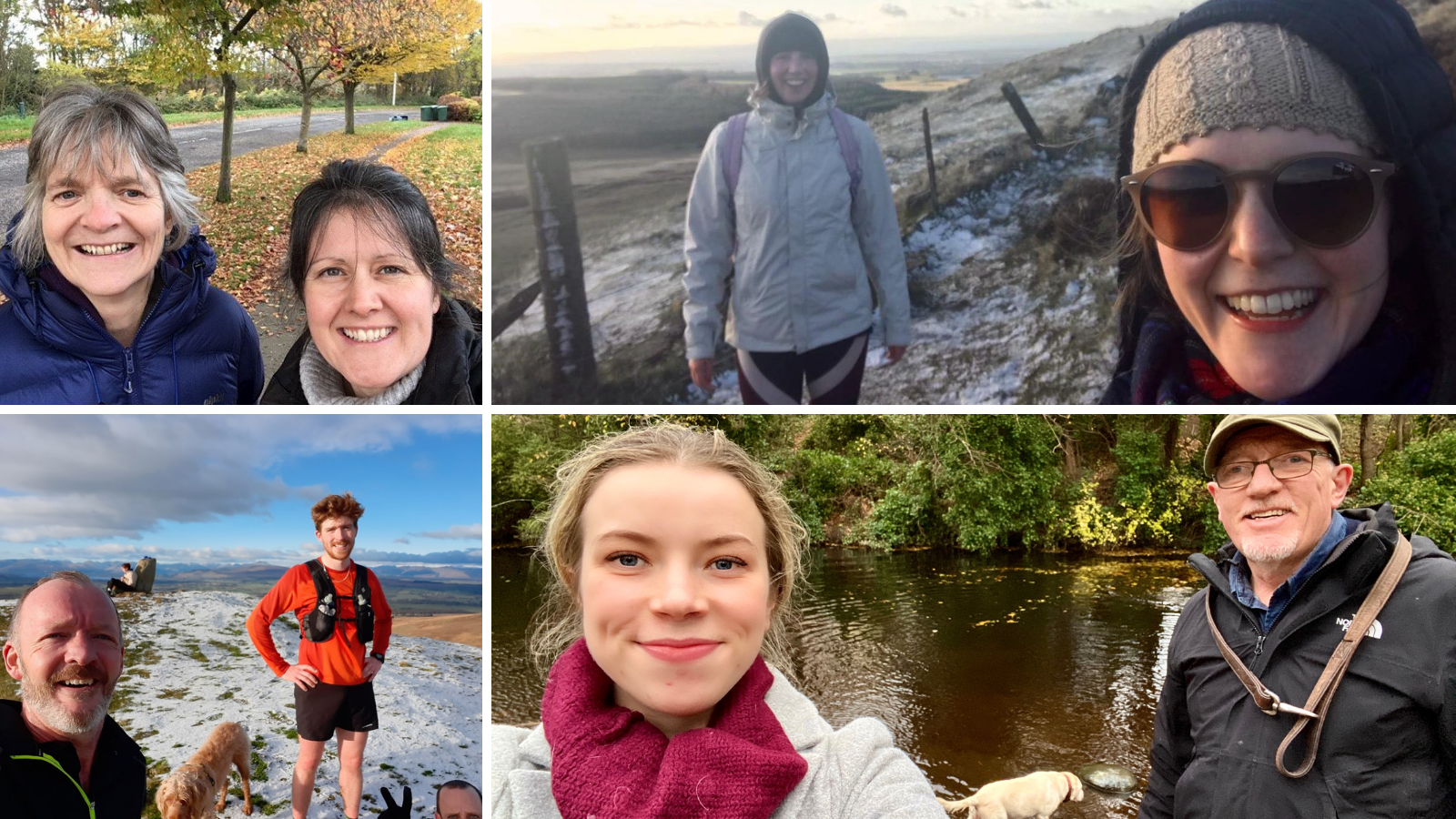